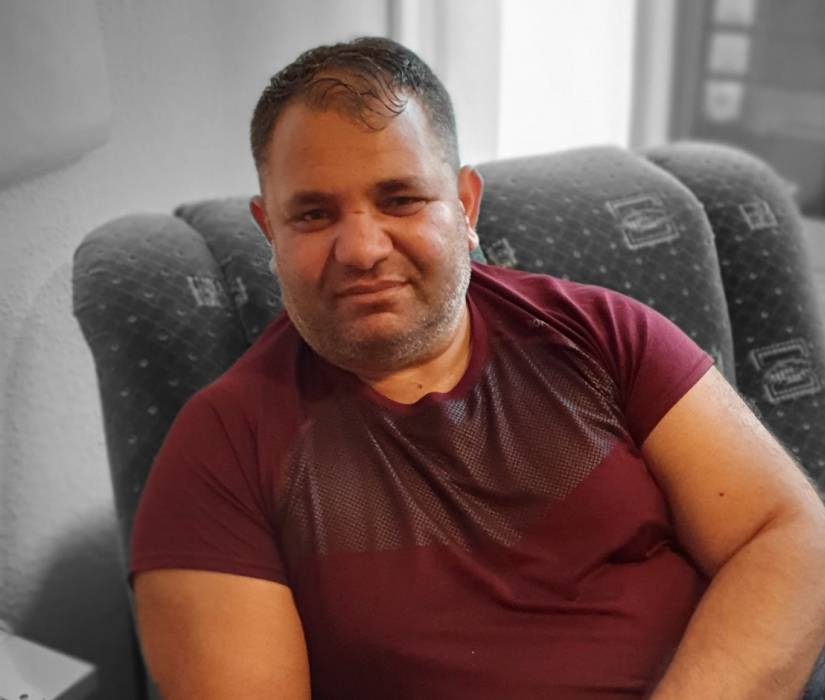 I am Ferenc Olah. I was born into a large family in 1973, 8 children: 2 girls and 6 boys. I began my studies at Zsambok elementary school, continuing on at Godollo Technical school. After I was born again I considered it very important to know God well, so I attended Bible School. Then, by God’s leading, I joined CHE Hungary. At the same time I went back to finish high school. After receiving my diploma I began studying at the Baptist Theological Seminary, and am currently continuing my studies there.

My youth was stamped by the early loss of my mother. At the age of 14 I had to come face to face with the fact that I would need to grow up without my mother. Because I felt completely clueless and lost I was filling my life with the things of the world. I met my wife in 1992. Together we have 3 children. Our oldest daughter was diagnosed with epilepsy when she was 3, which caused us to be filled with pain and sorrow. We were in despair and clueless as to what the future would bring. In the spring I met some young people who were sharing about God’s love, and I was deeply touched. In April 1998 I decided to follow Jesus as Lord. This decision changed my life completely. I turned my back on all those things that had been important to me up to this point. I have been serving the Lord in the Zsambok Evangelical church since 1998. As a leader, and later as the pastor, since 2003. In 2016 I began serving with CHE Hungary as a full-time missionary.

By God’s grace it is my goal to help facilitate healthy communities, bringing to life healthy churches, where people begin heading down the road leading to physical and spiritual development because I believe that God wants to take care of the whole person. God is the only way toward healing. There is no other way. It is my calling to make God, who gave His life as a payment for us, known to all people, that by grace, through faith a happier and blessed life would be formed, and so that their faith in Jesus, God’s Son, would give their life meaning.

I am serving in Zsambok, Apc, Boldog and Godollo, Hungary. I currently spend much of my time visiting families, encouraging them to turn their attention to the Lord, for our help is in the name of the Lord, who created the heavens and the earth.

“but those who hope in the Lord will renew their strength. They will soar on wings like eagles; they will run and not grow weary, they will walk and not faint.” Isaiah 40:31